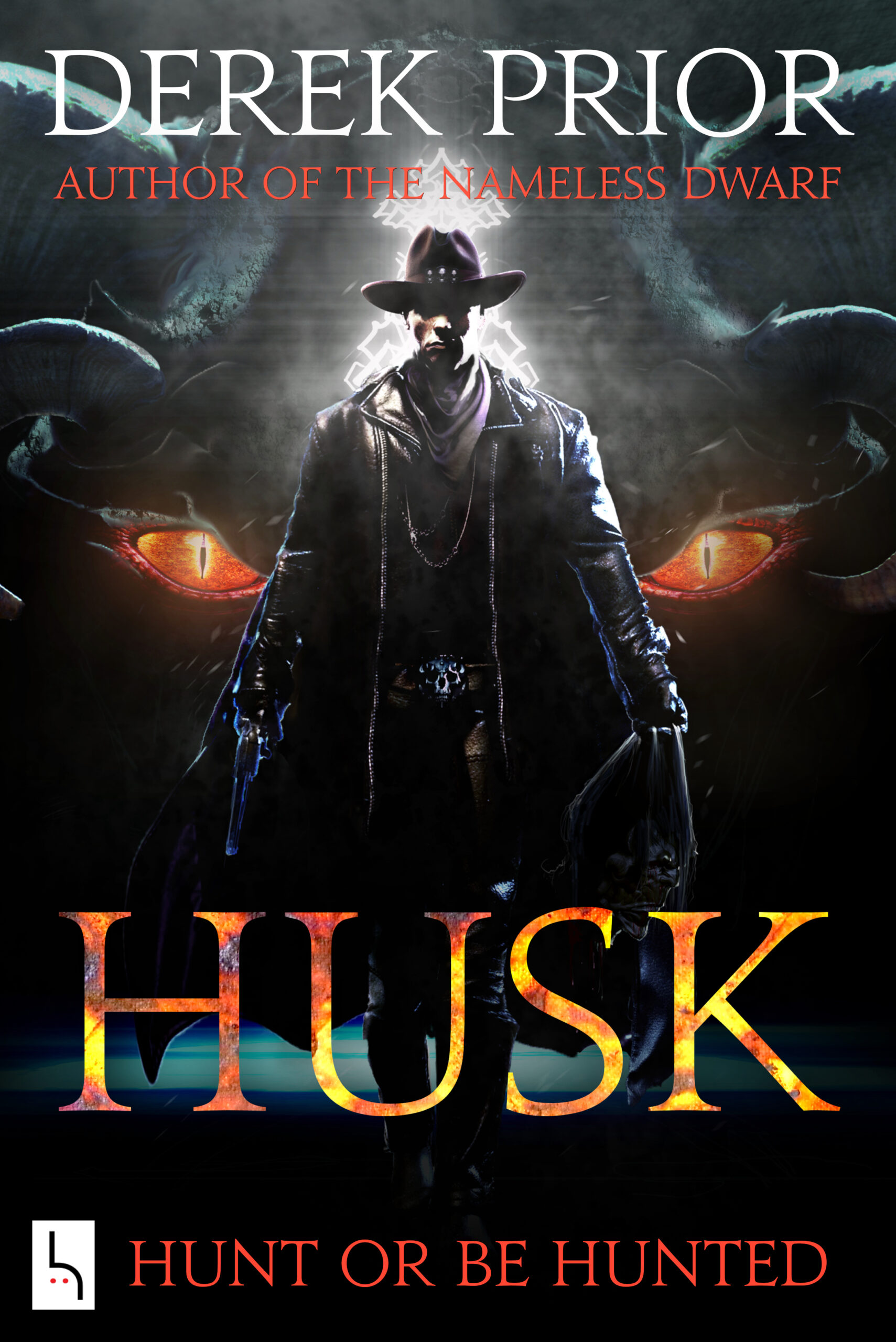 Husk has been revised to bring the place names etc into line with those used in Annals of the Nameless Dwarf.

Husk is now listed on Amazon as “related material” to the Nameless Dwarf books, and includes several crossover characters.

A powerful demon known as a husk crosses the mountains, leaving a trail of the dead in its wake. When efforts to track the killer end in disaster, the task falls to a man not expected to succeed: the Maresman, Jebediah Skayne, Lothario, hustler, hunter of nightmares.

Jeb has been hunting husks his entire adult life, but there’s something different about the trail leading to the fishing town of Portis on the shores of the Chalice Sea: no spoor, no footprints; nothing save the unmistakable feeling of wrongness.

Finding a husk in Portis would be near impossible for someone who didn’t have the sixth sense, but the instant Jeb arrives, all trace of the creature vanishes, save for the victims it leaves behind: men mostly, half-dressed, killed in the throes of passion.

Forced to rely on more mundane methods of investigation, he starts to uncover a town rife with corruption, where a man will kill you for looking at a woman the wrong way; a town that’s seen its share of incursions from the land of nightmares before.

As events start to slip from his control, he realizes the husk he’s come to kill is one step ahead of the game, and it holds a secret that will shake his world to the core.

“Derek Prior is a very accomplished writer and storyteller, and the world he has created was a joy to explore and get to know.” — S.R. Manev

“This was very well written, and I enjoyed it thoroughly… I heartily recommend Husk to lovers of fantasy and horror.” — Edea Pitre Baldwin

“I very much enjoy what a complete bastard our protagonist is. He’s ruthless, cunning, and kind of a scumbag. Yet, he’s also incredibly observant as well as well-realized.” — C.T. Phipps

“… a terrific, well thought out plot and story-line. I loved the story, but the character even more. And let’s face it, it doesn’t matter how good the story if you don’t have great characters to bring it to life.” — Ray Nicholson

“… fast-paced, exciting, well-written, and contains several nice reversals.
Jeb brings to mind a melding of Solomon Kane and Jonah Hex, as well as a few atmospheric notes of Clint Eastwood’s priest in Pale Rider, while at the same time maintaining a unique characterization.” — Fandi