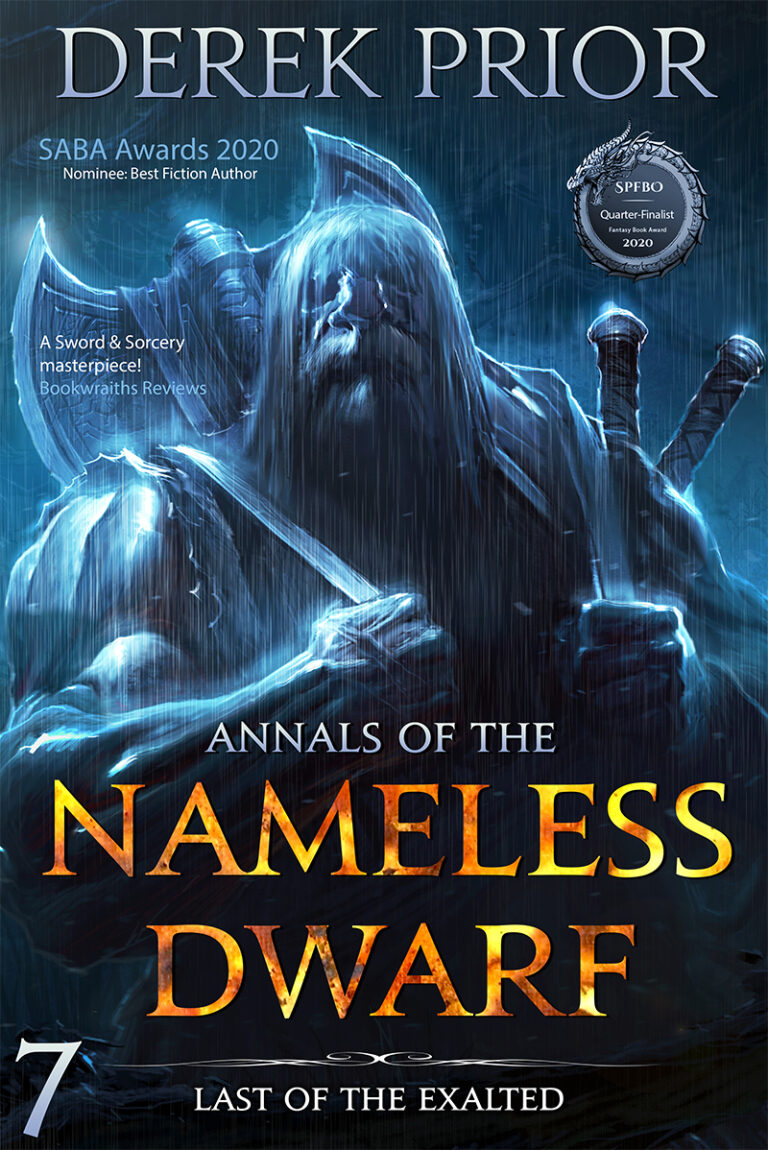 It’s been months in the making, but finally work on the audiobook of Last of the Exalted has been completed.

Larry Oblander does an amazing job as narrator. His character voices and his ability to convey emotion is exceptional. As is his work ethic! During the process we ran into all manner of hiccups, some of which meant that entire chapters had to be re-recorded. Every time Larry did a second take, though, the standard went up yet another notch. This guy is a true professional.

We were also blessed to hire Theo Prior (Bloom Audio, Theo Prior Design) to master the project. His talent as a sound engineer really came to the fore on this book. Highly recommended.

You can read about Larry’s experience working on Last of the Exalted here:

“One of the best fantasy novels I have read so far this year.”

When a bloodthirsty horde storms out of the north, refugees flee for their lives, among them the skald Nyra Sahtis and Sister Caelin, a priestess who was once a trainer of armies.

But with the capital, Jeridium, under siege from a second incursion, there is nowhere left to run.

As rival armies converge on Jeridium, the Senate are reduced to clutching at straws. In a desperate last gambit, they send the assassin Shadrak the Unseen past enemy lines and into the mountains, where he must find a grief-stricken warrior and his mythical axe.

Mitchell Hogan, author of A Crucible of Souls