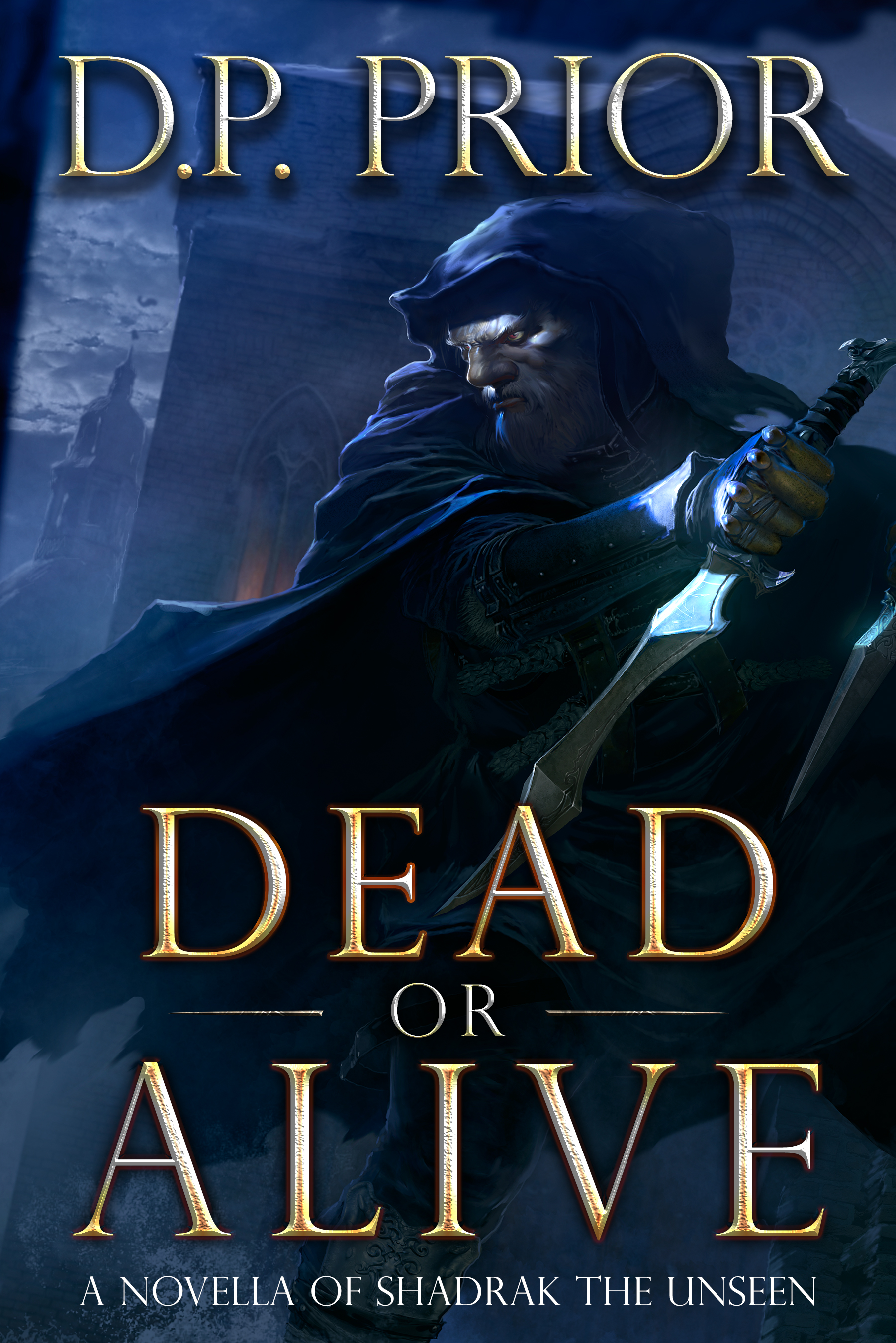 Shadrak the Unseen should have known better. Stealing from one wizard on behalf of another was the sort of job he’d sworn never to take. But times were tough and grief had left its mark.

The thing that should have really warned him off, though, was that the artifact he’d been commissioned to retrieve was a ring crafted by none other than the Witch Queen of Thogani, the Desecrated City.

With the job half-done, Shadrak is caught between the minions of one wizard and the threats of the other. If he could just get the ring back to Pellor and the stygian sorcerer who’d hired him, he’d have enough money to appease his creditors and buy himself some time.

3 thoughts on “New Release from D.P. Prior: DEAD OR ALIVE (A Novella of Shadrak the Unseen)”