The bent press is probably one of the most technical lifts there is, a true all-round lifter’s lift, as the mighty Arthur Saxon would have said. Saxon himself was recorded to have bent pressed 371lbs, a record that still hasn’t been beaten. No doubt his accomplishment was down to the power of the mustache and his diet of eggs, cake, ale, and spirits (far more effective than the dubious miracle powders and pills that are today labelled with promises as hollow as Aleister Crowley’s elixir vitae tablets (and with ingredients just as disturbing).

It’s not easy finding clear technical advice on how to perform the bent press. I made a start with Saxon’s own writings, and found a bit in Sandow’s. The USAA has rules for the lift (yes, it is still performed today, albeit far too rarely). After much searching, I happened upon a video on Youtube in which the Iron Tamer, Dave Whitley, demonstrated the lift. Being a bookish type, I then searched for anything he might have written on the subject, and this book was what I found.

Tamer delivers on all the technical details, and his instructions are tempered with common sense. He breaks down the lift into its constituent parts, discusses the biomechanics, and then looks at variations to suit lifters of different builds and styles. Finally, he provides a progressive program that, if followed consistently and intelligently, will produce impressive results. 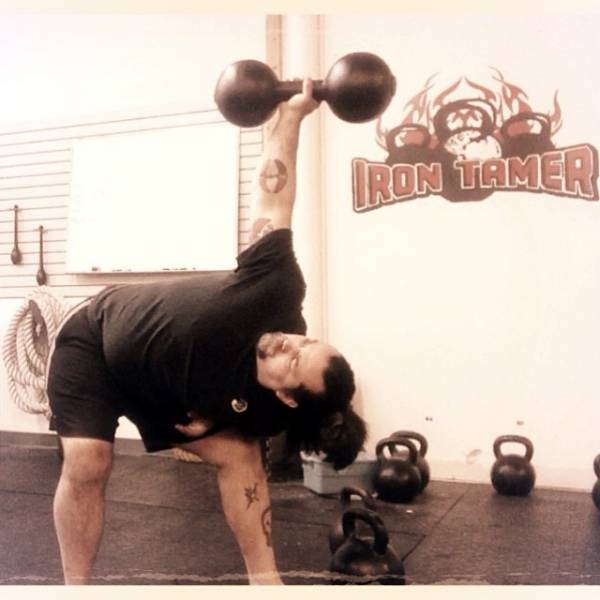 Each description is accompanied by photographs showing front and rear views, making it much easier to follow. In addition, there is a companion DVD, which I have yet to buy. There is sensible advice on loading, progression, and typical errors in the execution of the bent press, but at no point does the text descend into tedium. On the contrary, Tamer writes with almost Pythonesque wit throughout. There were some laugh-out-loud moments early on when he discusses the importance of facial hair, and then dips into mock Edwardian gentleman speak, replete with hilarious archaisms. For me, at least, the humor served its purpose and made the reading a delight, whilst ensuring the technical details were driven home with the sort of punchiness Moliere would have been proud of.

Even in the serious sections, his prose is crisp, succinct, and to the point. At no point is there any unnecessary repetition, and he writes in an easy, fluid style that is almost conversational. In spite of the humor, this is a no nonsense guide by a modern day expert on the bent press.

Tamer adds a wealth of experience and practice to some invaluable quotes from the old-time strongmen themselves, including some lengthy passages from Arthur Saxon’s own writings on the subject.

Taming the Bent Press delivers exactly the information I was looking for, and does so in an entertaining, structured, and clear manner. It’s a book that deserves to be widely read in all-round lifting circles, and to that end, it could benefit from a stronger cover design and the tidying up of a sprinkling of minor copy editing issues. But these are not things that will concern the serious lifter in search of the knowledge base underpinning this demanding lift.