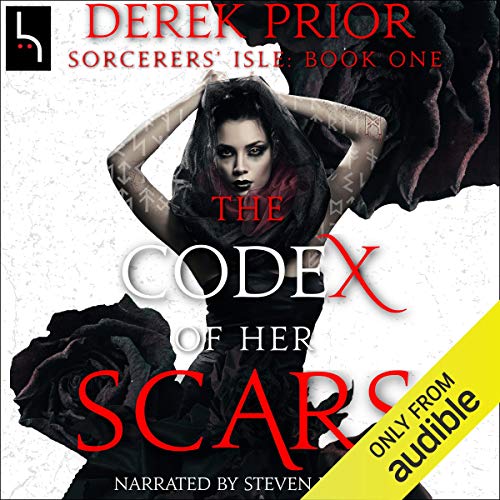 As rival clans battle to rule the Isle of Branikdür, apprentice sorcerer Snaith Harrow and Tey Moonshine, the woman he loves, must master their powers to face the coming war and conquer their inner demons.

During the once-a-year armistice for the Festival of Proving, the gifted warrior Snaith Harrow aims to leave his mark in the fight circles before marrying his childhood sweetheart, Tey Moonshine. But following a freak accident, he discovers a terrible secret about the girl he loves.

Under the influence of a demon that hides within her marrow, Tey cuts symbols into her skin, believing this will make her the greatest sorcerer the isle has ever known.

As Snaith is thrust headlong into a world of misdirection and control, Tey must master the darkness that possesses her, if she is to stand together with him against the coming storm.

For the ripples of forbidden magic have roused the sleeping might of the Hèlum Empire.

And the fate of Branikdür lies in the hands of a deranged girl who grows more deadly by the day.