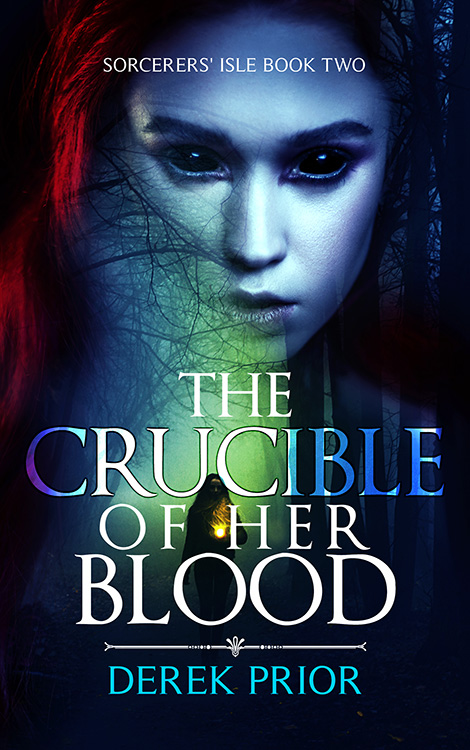 The tribes have been defeated and the Hélum Empire once more rules Sorcerers’ Isle.

The only thing keeping Snaith Harrow alive is the tattoo of a black wyvern the sorcerer Theurig inked upon his chest. Tey Moonshine’s tenuous lifeline is the scaled horror of her mangled leg. Together, they must travel overseas, where their fate will be decided by the Seven, the eternal rulers of the known world.

Meanwhile, back on Branikdür, the hunt is on for a mythical gauntlet with the power to shape matter and release the shades of demons that haunt the prehistoric ruins.

But with Snaith entranced by the depraved sorcery of the Empire, and Tey’s continuing spiral into madness and blood, there may be no one left to prevent the world from slipping back into the primordial dark.

2 thoughts on “The Crucible of Her Blood”