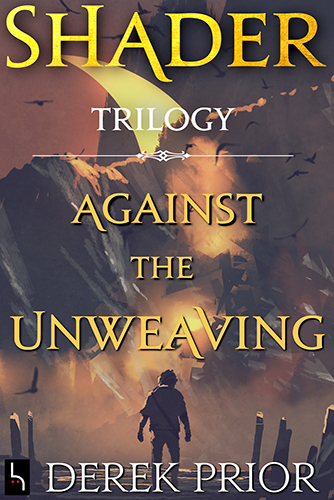 “Shader is a triumph of fantasy!” (Journal of Always)

When a powerful artifact is stolen from the Abbey of Pardes, the holy knight Deacon Shader is sent to retrieve it.

But events have already spiraled out of control: plague spreads across the land, the dead rise from their graves, and an ancient evil has awakened.

As Creation itself hangs by a thread, Shader must confront the contradiction that defines him:

Either he is a man of prayer with a wavering faith,

Or the deadliest warrior of his generation.

The fate of all the worlds will be decided by his answer.

Book 1: Sword of the Archon

“… an epic fantasy across three books that is wild, fast-paced, has fantastic characters, spreads across countries as well as worlds and religions, and is absolutely one of the best fantasy trilogies in existence.” (Melinda LeBaron)