My Sojourn in the Abyss

It was a big demon. The biggest Otto had seen by far, but size wasn’t everything. He wasn’t so big himself, after being burned at the stake and cast into the Abyss. All that was left of him was his skull, the only part he’d had time to temper before they’d come for him. But he was tough, that much he knew. Even when the priests and their cronies had given up trying to stop his jaws from clacking with glee, his eyes from drinking their souls, and they summoned their beloved Archon to finish him off, he’d known he’d be all right. Known he always would. What little magic he’d leeched from the artifacts he’d stolen from the Templum had been enough to give him what he’d always wanted. Immortalized in bone. Just not a lot of it.

If a demigod like the Archon couldn’t harm him now, what could a mere demon do, no matter how ugly?
And it was ugly: over eight feet tall, scaled like a charcoal lizard; wings like a bat’s, and fists like pile-drivers, in one of which was clenched a black sword with flames of fuligin licking over its blade. But the face was its worst feature: a grotesque study in torment—other people’s, not its own. Although, that was about to change. There was something crablike about its mandibles, but the numerous eyes like pinpricks of blood were more spiderish. Nubs of bone stuck out all over its head, a carapace of carbuncles, and it breathed noxious fumes as thundered toward him with all the unstoppable force of an avalanche.

Otto floated lazily up from the craggy-coal bank of the black river and fixed it with his eyes—eyes as hard as cut diamonds and red as the last gasp of sunset.

The demon must have thought so, too, as it shrieked and staggered to a standstill. Disappointing. It was always so disappointing. But it was convenient, nonetheless.

Otto drifted closer. It was an odd thing: he floated at head height for a man, as if he still had his body. It was hard not putting one foot in front of the other and wondering where the hell they’d gone. He had to keep reminding himself they’d melted in the flames along with the rest of him. If only he’d had more time; more time to extend to the rest of him the newfound theurgies he’d woven about his skull.

He had the demon now, that was certain, so he indulged himself, both with the train of thought that he was something of an Achilles, only the goddess Thetis must have held him by the head to dunk him in the waters of invulnerability rather than the heel. But he also indulged in the demon’s terror. It was sweet nectar. It was something he could bathe in for a decade or more, only he didn’t have the time. Well, he did, technically, but he was impatient to do what no one, to his mind, had ever done.

He glared with a new intensity, excoriated the demon with his eyes, and it screamed. Its bat wings flapped with the fury of a hurricane, buffeting Otto from side to side, slamming him into the ungiving rock of the tunnel. There was a game he used to play in the 70s—the 1970s. Ping pong? No, racket ball? Like a phantom it drifted past on the winds of ancient memory, but not fast enough to elude his clutching mind: pinball. That was it. He felt like the ball flung from pillar to post, rebounding into the mouth of Gene Simmons, or rolling down his unfeasibly long tongue. The demon dashed him from wall to wall like a pinball wizard, but it wasn’t enough to dislodge his gaze. Otto was too strong for it. Too hungry.

If there was a word for the way he drew its life force into him through his eyes, it had to be filching. He filched down the cinders of its soul, siphoned them off, and in the process, scorched away its multifarious eyes. As he did, he hovered closer, closer, burning the flesh of its face with the fiery halo of his skull, until its head melted like wax.

The demon’s great body dropped to its knees, and Otto swooped onto the stub of its neck, screwed himself in place. Sinew, synapse, bone, and thew reached out, connected, interfaced in a binding as satisfying as coitus. He thrilled at the thunderous beat of the demon’s heart, spasmed once, twice, at the surge of hot blood in its veins.

And then he stood, roaring exultant as he unfurled the bat’s wings, raised the black sword aloft, and launched himself down the tunnel from whence it had come.

The sulfurous air of the Abyss thinned out, and ahead, he saw the wispy veil that hung like a curtain between the realm of the Demiurgos and that of his son, the Cynocephalus, sleeping on the fringes of Gehenna.

And it was some sleep. The tunnel rocked and rumbled with every snore. And every whimper, every dream-induced murmur sent ripples through the black slurry of the river. But when Otto got there, glimpsed the gigantic ape curled up beneath its shield, saw its dog’s head gnashing fitfully at whatever phantoms assailed it, he rubbed his newly acquired talons together in delight.

It was the amor he was after. The fluted plate of intricate design that was rumored to be be as impervious as his skull.No one was going to burn him again. No one. And so, with a tap on the sleeping giant’s shoulder, the sort a mother might use to rouse a sickly child for its next draft of medicine, Otto leaned in close, the jaws of his skull clacking wildly.

The Cynocephalus opened one lazy eye— 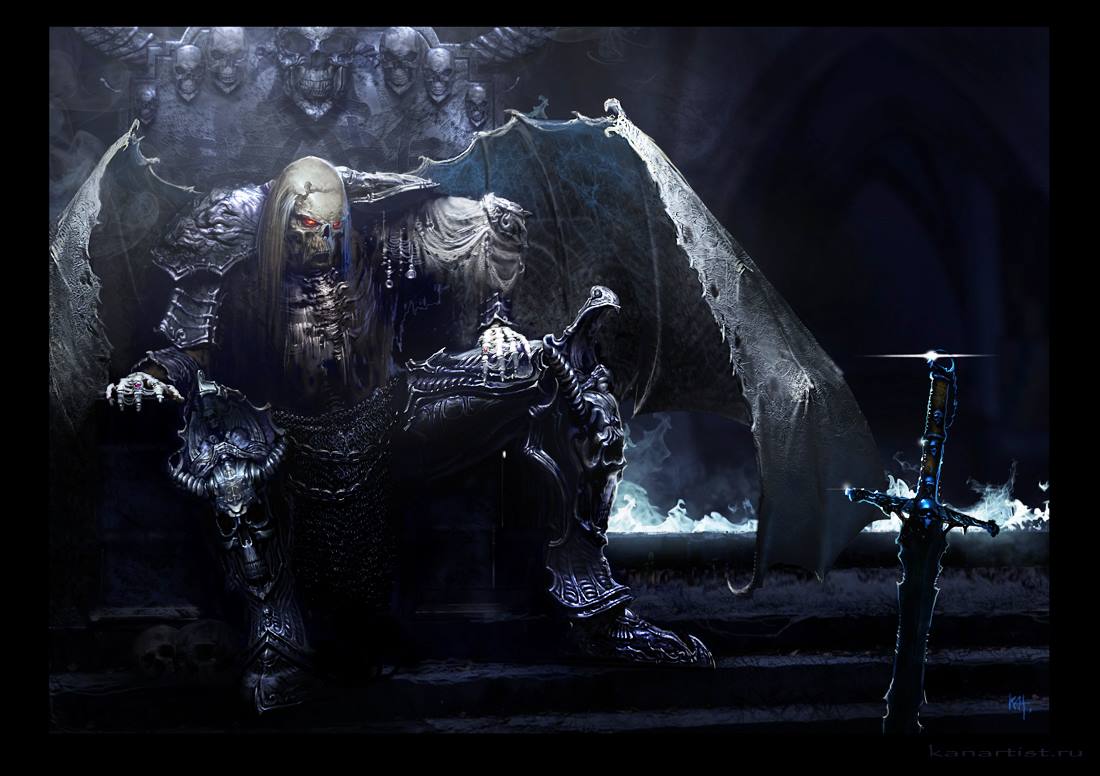 At least, that’s how I’m inclined to think the fantasist would describe it: in third person, with an eye for melodrama, a nod to Sword and Sorcery, and a commercial instinct for hiking all the drama. You see, I’ve read such things in the intervening centuries, some of it rather good early on, but much of the latter stuff pixie shit.

I’m the first to admit, my life, death, and perdurance does lend itself to the epic style, but now I’m not so sure. I trust you are not too disappointed with my little experiment above, but I feel it does not do enough to capture the essence of who I am; nor does it sufficiently establish much in the way of a connection between me, dear reader, and you. And I am all for connections.

So, you will forgive me if I begin anew, and this time in my own voice. Let us first get better acquainted, and then I will proceed apace to share with you my tale. For it is a grim tale, grimmer than the grimmest of grimdark. And yet, it is not without hope, at least for you. For knowledge is power, so they’ve always said, and within the pages of this tome, you will find unbridled knowledge. Knowledge that will indubitably lead to you getting whatever it is you most desire, by hook or by crook.

2 thoughts on “An Excerpt from The Autohagiography of Dr. Otto Blightey, Man of Science, Lich Lord of Verusia”