LEGENDS OF THE NAMELESS DWARF BOOK 1: CARNIFEX is now FREE (eBook) from all major online retailers.

This is the entry point into not only the Nameless Dwarf series, but all the other books based on the world of Aethir (Shader, Husk, Dead or Alive).

Please use the buttons at the bottom of the page to SHARE as widely as possibly on social media.

“Prior weaves a fully realized world in this rich fantasy, from history, political structure, and family life to work, food, drinking (lots of drinking), and romance.” — Kirkus Reviews

“Carnifex is a masterpiece of sword and sorcery storytelling. A visceral yet thoughtful epic.” — Bookwraiths Reviews 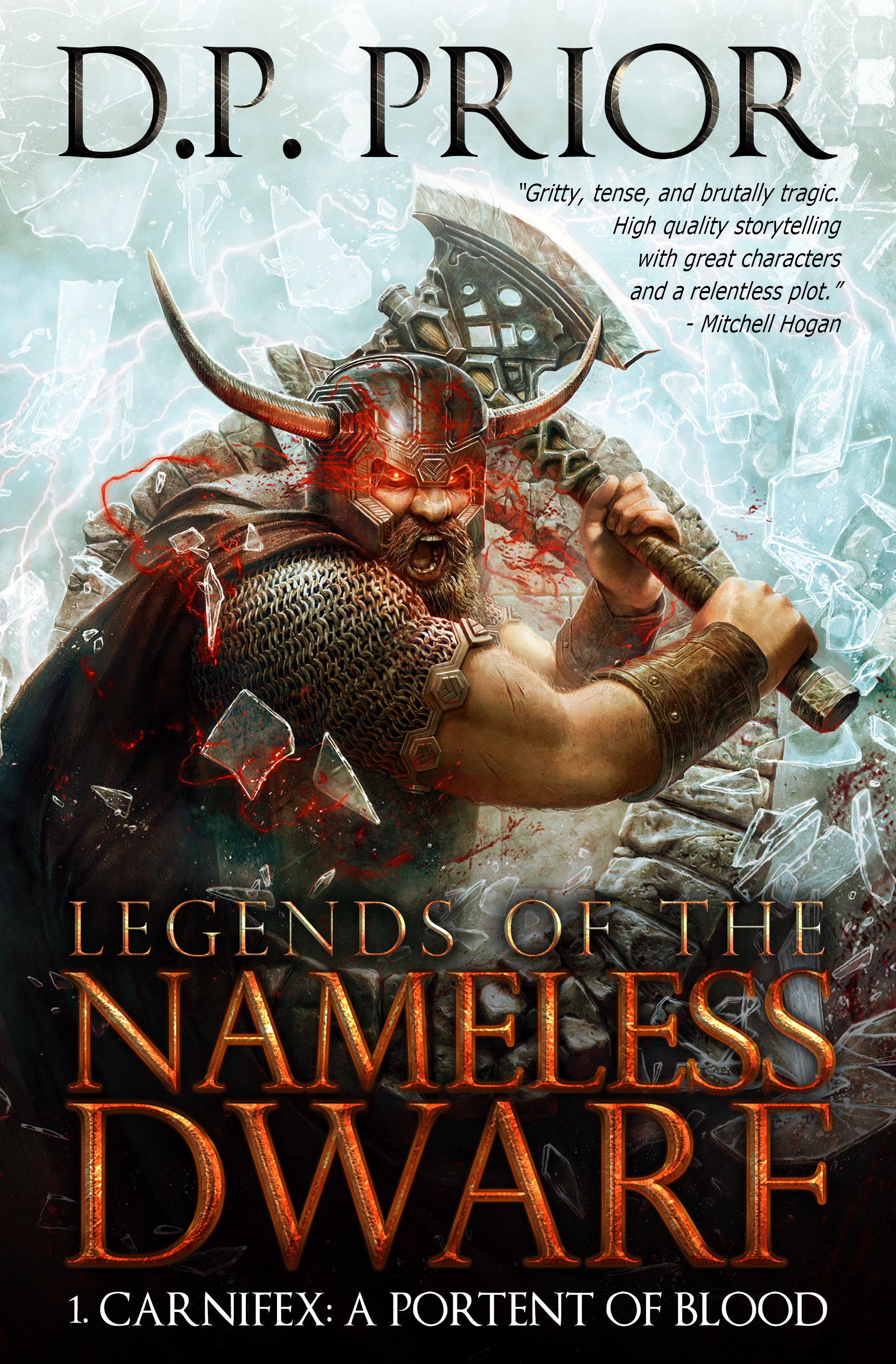 For more than a thousand years, the dwarves have hidden away from the world in their ravine city of Arx Gravis.

Governed by an inflexible council whose sole aim is to avoid the errors of the past, the defining virtue of their society is that nothing should ever change.

But when the Scriptorium is broken into, and Ravine Guard Carnifex Thane sees a homunculus fleeing the scene of the crime, events are set in motion that will ensure nothing will ever be the same again.

Deception and death are coming to Arx Gravis.

The riddles that preceded Carnifex’s birth crystalize into a horrifying fate that inexorably closes in.

Get your FREE copy of CARNIFEX here!