Husk is now available in epub format via Smashwords, and distributed to Barnes & Noble, Kobo, Apple and all the other major retailers.

A powerful husk crosses the mountains, leaving a trail of the dead in its wake. When efforts to track the killer end in disaster, the task falls to a man not expected to succeed: Jebediah Skayne, Lothario, hustler, hunter of demons. 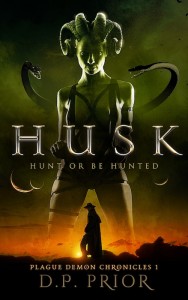