I’m pleased to announce the release of The Engine Woman’s Light by Laurel Anne Hill.

This is one of those stand-out books I’ve been privileged to edit over the past few years. Excellent character development, vivid settings, and a captivating concept. 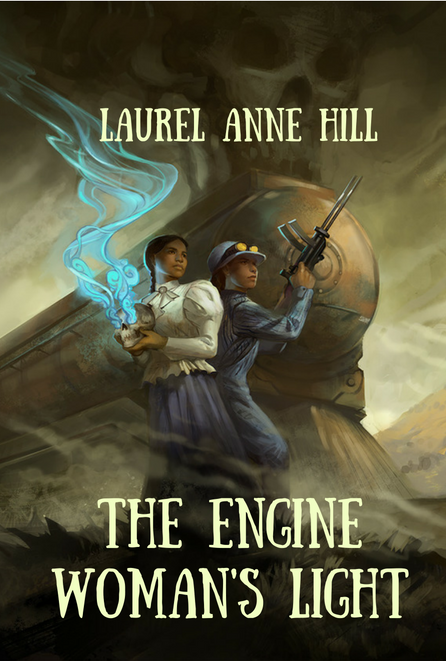 A Life-Saving Mission A mystical vision of an airship appears to fifteen-year-old Juanita in 1894. The long-dead captain commands her to prevent California’s thrown-away people—including young children—from boarding trains to an asylum. That institution’s director plots murder to reduce the inmate population.  Spirits watch over Juanita. But who is she? A mystic in love who holds life sacred? Or a ghost-possessed railroad-saboteur?

To save innocent lives Juanita must take lives of the corrupt. How can she reconcile her assignment with her belief in the sacredness of all human life? And will she survive to marry her betrothed? Juanita sets out despite inner trepidation to sabotage the railroad. Her ancestor Billy, the ghost of a steam locomotive engineer, guides her. Then bit by bit, she discovers the gut-wrenching truths all of her ancestors neglected to reveal. Ghosts, Goggles, Guns and Grit Come visit Juanita’s world—an alternate nineteenth-century California—where spirits meet steampunk, where both love and anger emanate from beyond the grave.