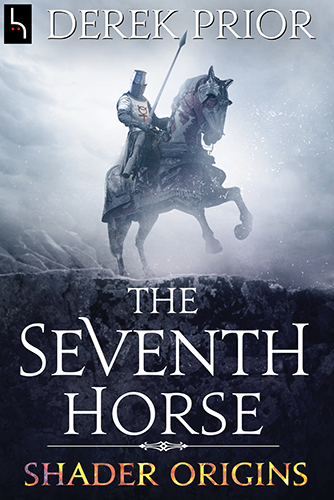 For centuries, no one had heard a peep out of Verusia, the dark stain at the heart of the Templum’s empire.

But when a messenger arrives in the Holy City of Aeterna, bearing news that the fortresses along the border have mysteriously been abandoned, and the three-hundred men of Trajinot’s garrison have been impaled outside the city walls, word is, the Lich Lord is on the move again.

As an army of the dead waits within the shadow-black trees of the Schwarzwald, the Templum gathers its troops for war.

Only the Elect knights of the Seventh Horse have the discipline to stand their ground; yet facing a fear doesn’t mean it will do you no harm, and for Shader, there are worse things than wounds of the flesh.